Thank you! Your submission has been received!

Oops! Something went wrong while submitting the form

The Family Support Project arose after a chance encounter between Des Cooke, owner of D.ESCAL8 and Christianne Pollock, mother of a teenager with severe autism and learning disabilities. Christianne’s own experiences of being left to try and support her son’s distressed behaviours and the huge difference D.ESCAL8 training made to her family motivated discussion about providing these opportunities for other families. Much of the training that exists is not really appropriate for families and training can be difficult to access. This is frustrating, particularly considering it can make a huge difference to distress levels and make it possible for young people and adults to remain living in the family home or remain in regular contact with their families. Both Des and Christianne are committed to working with other families to improve the lives of people living with and affected by distressed behaviours.

Both Des and Christianne believe that values are the most important foundation of any organisation working with vulnerable people. We believe in respect, supporting individuals in distress and recognising each person as an individual.

The Family Support Project is a social enterprise. We believe that training should be affordable and any profits are used to help fund further courses and support. We are currently working with other organisations to develop our social values. 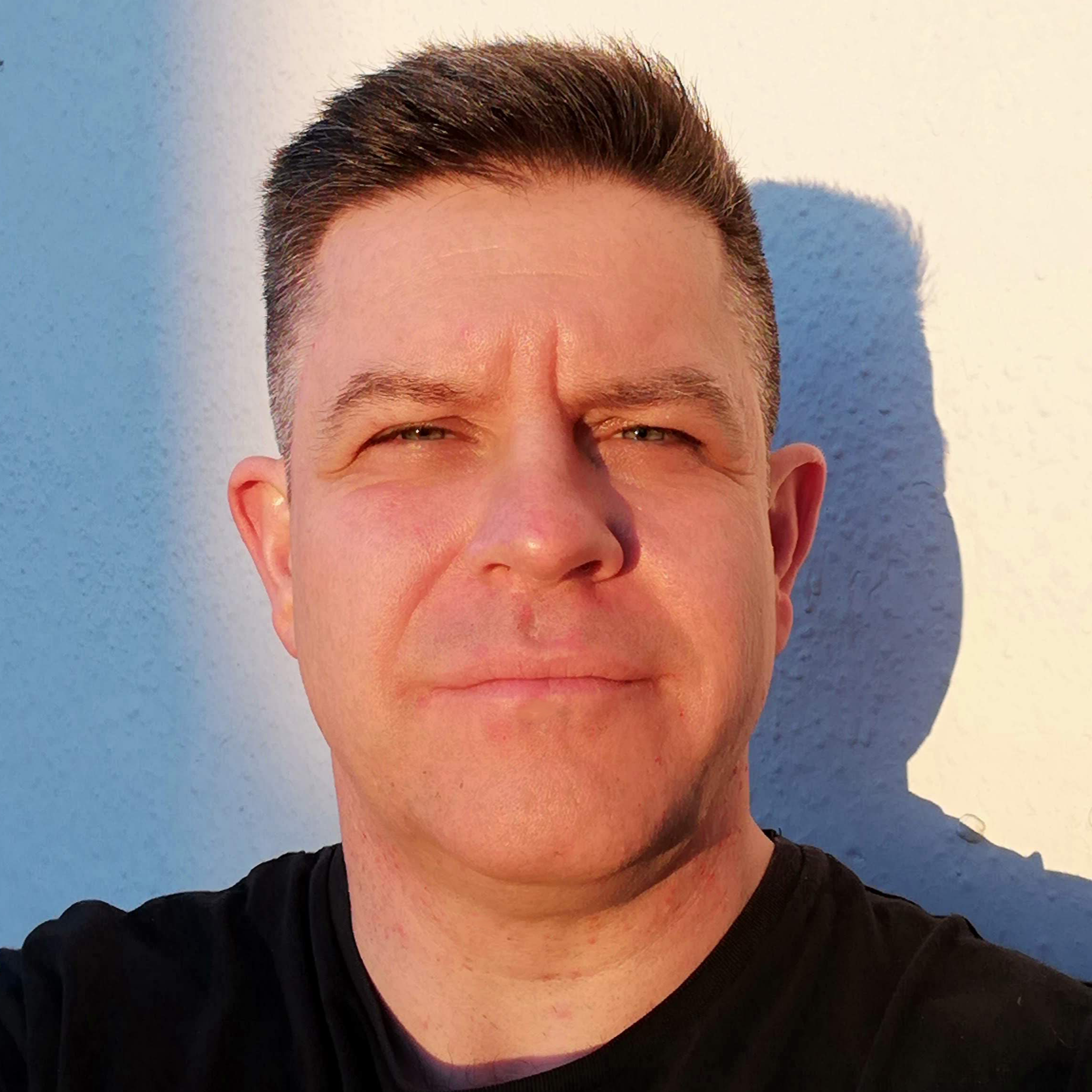 Des has been a Trainer for many years and now runs a training and consultancy company called D.ESCAL8 (pronounced de-escalate).

Des grew up with disabilities as part of his life, with family working in the industry and a close family member with a learning disability. Through his working career Des has assisted many families with their relatives who display distress in an unorthodox manner. Des disagrees with the common use of the outdated term Challenging Behaviour.

Des is also a carer for the Shared Lives Scheme in West Wales. As well as finding this role rewarding, challenging and a lot of fun it also means he has ‘real life’ experience of caring for individuals on a day to day basis.

Through a lot of studying and training Des developed a system which, from numerous testimonials, is different and superior to common training in this field. It is this training that the Family Support Project is committed to bringing to families.

Christianne has a teenage son with autism who is non-verbal and has severe learning disabilities. She has a background in studying interactions of children with severe autism using a methodology called Conversation Analysis (CA) and has presented this work at international conferences as well as co-authoring two book chapters using CA. CA allows a non-deficit approach to be taken when considering interactions of those with autism and learning disabilities, instead seeking to understand how interactions are mutually accomplished.

Christianne  works for NHS England as an independent Expert by Experience for the Care and Treatment Review Programme. This was developed following the Winterbourne View scandal and involves working as part of a panel to review the care of adults and young people with autism and/or learning disabilities currently admitted to hospital or at risk of hospital admission.

For the past 2 years Christianne has been working as a support therapist to increase her hands on experience with individuals with learning disabilities and mental health conditions.

Christianne is now training to be a speech and language therapist at Plymouth Marjon  University.

Dad and I just wanted to send a quick message to say thank you for the bespoke training course you ran around our son. Having a course aimed at children and run for children’s services made it all very relevant and specific, in a way the general course just cannot be. As you are aware things were becoming pretty tricky at home, and Dad and I were struggling to manage our son’s frequent outbursts.

It was very helpful to us that you spent so much time in our home, observing (and helping us manage) his outbursts. Consultants we have dealt with in the past have taken a step back and not been keen to spend too much time hands on in the home and it was refreshing and really very different to have someone with us not afraid to join us and really demonstrate how to manage an extreme outburst (I hope your bruises are getting better by the way – since doing the course we have not had our daily top up as incidents are just not escalating in the same way – so yours may be the last ones dished out for a while!).

Although I had tried to explain PBS to Dad, it was much clearer coming from you, and it has really helped us work together and stay calm (which of course helps our son).

I have emailed the Council Childrens Services to thank them for funding the course, and for getting the whole team together – it was incredibly helpful to have everyone involved in our son’s care across school, home and respite on the same course.

We really are very grateful for everything you have done. We’d appreciate it if you could add us to an email list for refresher courses – I suspect that at some stage we will find it handy to revisit everything we have learned.

I attended the two day parent and family course with my older son and my younger son’s PA. As well as having a son with autism I work in a special school, so am trained in the Team Teach approach. Before the course, I did wonder how different it would be to what I already knew. We have many strategies in place at home for trying to de-escalate my son’s behaviour, many of which work well, but the occasional times when he has been completely out of control in the last year have had an enormous emotional impact on us as a family and on the way we interact with him for a while after the event. As he is extremely sensitive to the moods of others, this then had a negative effect on his behaviour.

The most positive part of the course for me was the emotional resilience it built in dealing with physical behaviours. The idea of ‘staying in the moment’ when a child is distressed, rather than immediately employing avoidance or escape techniques, was particularly helpful.

Des is a brilliant trainer and put everyone at their ease, including my 15 year old son, who learnt a huge amount. It was also great to have Chris presenting from a parent’s point of view – the videos and discussion around them were very useful.

Perhaps most significantly, we have not had any major outbursts from my younger son since we attended two weeks ago, despite changes of staff at school and our house being upside down with building work. I am positive that this is a result of subtle changes in the way we react when he is beginning to show signs of distress. I have fed back to his class staff at school and they have also reported positively about his behaviour. He just seems more relaxed; I think because we are. So thank you Des and Chris. We are looking forward to a refresher next year!

I found my training experience with De-Escalate to be extremely valuable. It is evidence based, clearly explained and taught and the situation is always seen from the point of view of the distressed person as well which really helps. I would very much like to do more of this training and if I can I will definitely be back. Thanks so much.